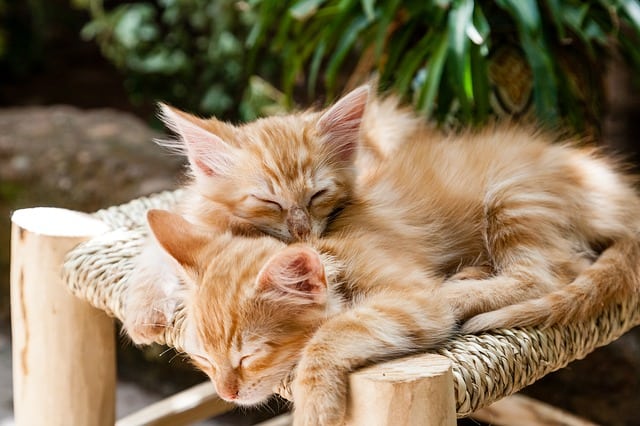 Why Do Cats Lick Each Other? Cats can be funny, curious, sweet, and entertaining pets. Those who own cats and love cats love most of the things that cats do. However, cats still have some unique behaviors that not every cat owner understands. One of those behaviors includes licking each other or licking their owners. There are several reasons why cats lick each other (and you!).

All cats, including lions, tigers, cheetahs, and other wild cats, spend countless hours grooming themselves and other members of their respective groups. Since domesticated cats are descendants of wild cats, it shouldn’t surprise you that this grooming behavior also called allogrooming is innate. It cannot be trained out of your feline friends. Cats are among some of the animal kingdom’s most fastidious beasts. They prefer to be as clean as possible rather than the least bit dirty.

As for licking humans, it’s still a grooming thing. At least, part of licking a human is grooming, since a cat considers you a close personal member of its feline family. It’s said that you can adopt dogs, but it’s cats that adopt you. That is proven in whether or not your cats want to lick you as part of their grooming behavior. There are other reasons why a cat might lick a human, and many of those reasons are the same for licking another cat.

Cats Licking Each Other ~ It’s An Affection Thing

Cats only lick other cats that they like. You won’t see two cats that clearly don’t get along participating in the licking behavior. Just as humans exchange hugs and kisses, cats demonstrate their most heartfelt affection for other cats and humans by licking. If your cat regularly gives you “kitty kisses” with his or her tuna breath, consider it an honor and a sign of devoted affection.

If you have any doubt that this is an affection behavior, just watch two cats that are bonded and inseparable. They will spend hours cuddled together on their favorite piece of furniture, frequently waking from naps to lick each other and then go back to sleep. They will also wake from naps to bathe each other at length, a sign of their affection for each other. Cats that are mating may lick each other too, but that depends on the temperament of the mating cats.

For females, the mating position is the presentation of the derriere with an uplifted tail in a submissive position. For males, it is attempting to climb on top from behind while either nipping or licking while trying to get into position. After mating, some cats may cuddle up together and continue grooming (i.e., licking behavior). Others will not. It just depends on the cats.

If cats smell something tasty on another cat or on a human’s hands, they will lick. They are trying to taste whatever they smell, even if there’s no remaining residue of the seemingly delicious smell available. Sometimes a sweaty hand with salty sweat on it is enough to encourage a cat to lick because it smells warm and salty. (Salt is something that cats and most living creatures enjoy the taste of, which is why a sweaty palm is a delicious thing to a cat!)

Likewise, with trying to identify a faint smell, a cat will lick another cat or a human to identify them. Every human and every other cat has its own “taste”, and a cat can identify who’s who by licking them. This is how cats tell identical humans and identical (or nearly identical) cats apart. The proof is in the licking; one set of human twins may look exactly alike to your cat, but one twin will “taste” different from the other, signaling to the cat which twin is the one he/she likes better.

Pheromones also exist in certain areas of the body in cats. For cats, the pheromones are located in the face, near the ears, and around the head. A licking in these areas helps one cat identify another and either be glad for the company or rebuff the company.

Cats have dozens of little sandpapery “pockets” on their tongues. These “pockets help cats lap up water and food. The “pockets” also help store scent markers. When cats lick other cats, they are leaving their personal mark behind.

It’s like saying, “Hey, this other cat is my friend. Nobody better touch him/her!” Cats may even use this to mark friendly cats that they want to visit with later. You will notice that when a cat leaves its licking mark on another that it will return to smell that other cat later to see if the lick marks/scent is still there. It’s a territorial feature used by big cats in the wild to recognize and identify familiar cats with whom they are friends or family.

Kittens are born wet, covered in a mucous-y slime, blind, and unable to get dry or cleaned up. Mother cats (a.k.a., queens), will clean the newborn kittens and dry them off so that the kittens aren’t cold or shivering. The mother cat licking the kittens also stimulates the kittens’ circulatory and respiratory systems. Both of these systems are vital to the kittens’ post-birth survival.

Kittens also do not know how to use their urinary or excretory organs to relieve themselves. Mother cats have to constantly lick genitals and anuses to encourage kittens to go to the bathroom. It’s gross, but true. If you ever have to raise kittens without a mother cat, you will have to frequently wipe these areas with a warm, moist cloth. This encourages the kittens to release urine and feces.

Sure, all that “kitty yoga” looks like it does the trick as cats can clean areas of their body like no other animal can. However, no matter how well a cat can twist itself into crazy positions, it still can’t reach a few areas. For that, cats will engage each other to finish grooming anything they themselves can’t reach.

Why Do Cats Lick Each Other? It’s A Healing Thing

You may not have known this, but cat saliva is antimicrobial. That means it helps wash away anything that could cause infection in a wound. If you see one cat constantly licking another cat in a focused area, it might be a good idea to take the licked cat to the vet. There may be a wound or some other unseen medical issue that the first cat is trying to cure for the second cat.

In short, the cat that is doing the licking is playing doctor. It’s telling the sick or injured feline friend that it is going to heal him/her. So it continues to lick areas that the second cat has a medical/health problem with.

Licking and being licked reminds cats of their loving mothers. They get a sense of warmth, safety, and security in that licking. An anxious cat immediately becomes calm, and cats are naturally happier when they are licking each other. While it’s unlikely that you are going to spend any time licking your cat, there is a holistic and simple way to reproduce this calming effect in and grooming behavior for the well-being of your cat.

Choose a soft-bristled brush with thick bristles. When you run it over your hand, it should feel like a softer version of a cat’s tongue. This is what you are looking for, and you should be brushing your kitty a couple of times a day to reproduce this relaxing sensation. It’s a far better option than feeding kitty anti-anxiety medications that have nasty side effects.

You wouldn’t think that cat licking other cats is a dominance thing, but it is. If you have more than one cat in the house, the cat that has been in the house the longest is typically your dominant cat. He or she doesn’t like other cats in his/her territory but will tolerate other cats if the other cats allow licking behavior and accept the dominant cat’s assertion.

To dominate, the main cat will intentionally lick and groom all others. He or she is stating that this house is his/her territory. But that submissive cats are welcome as long as they submit to him/her. An occasional nip on the head or ears, while the licking is occurring, ensures that the submissive cats understand who’s dominant.

So, Why Do Cats Lick Each Other? 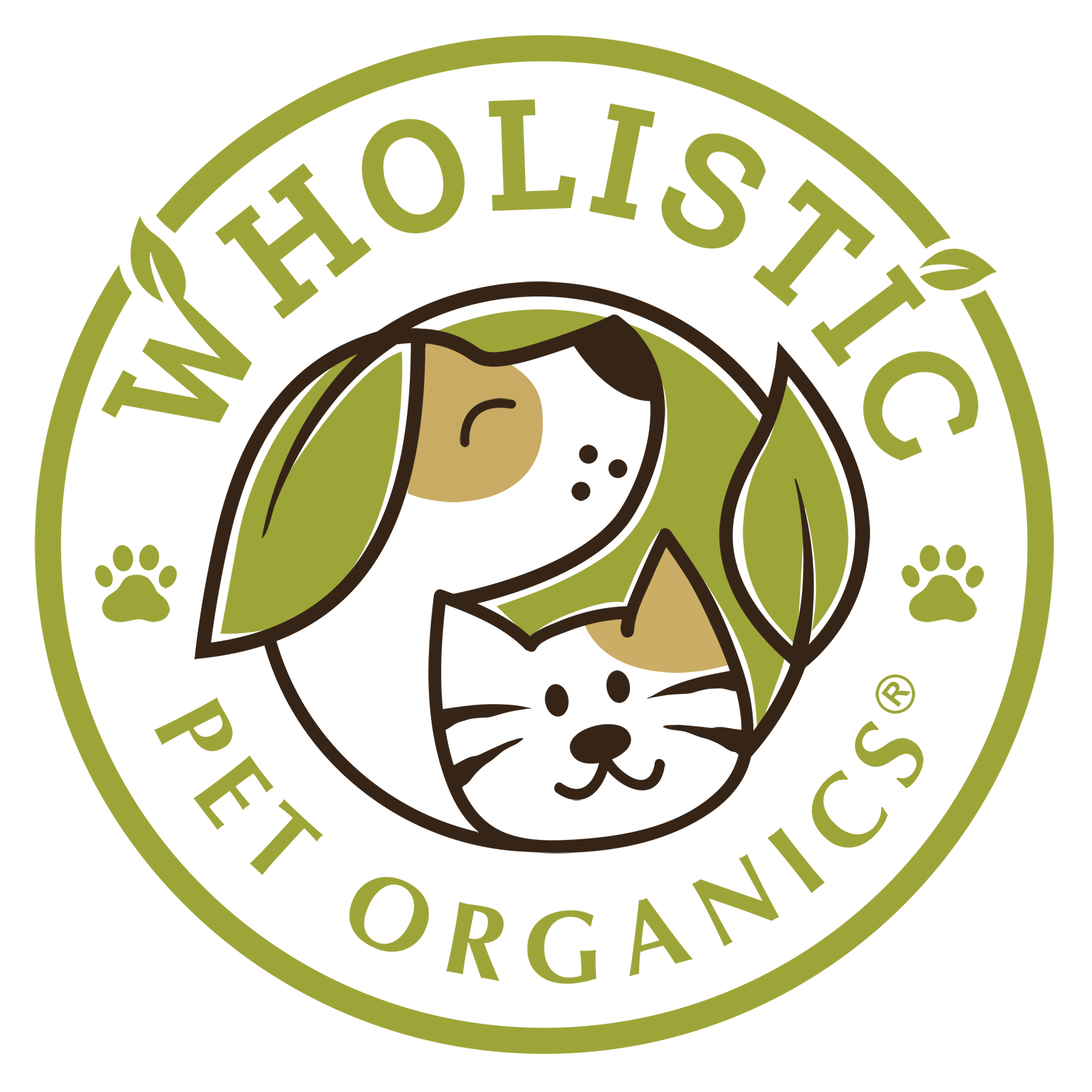